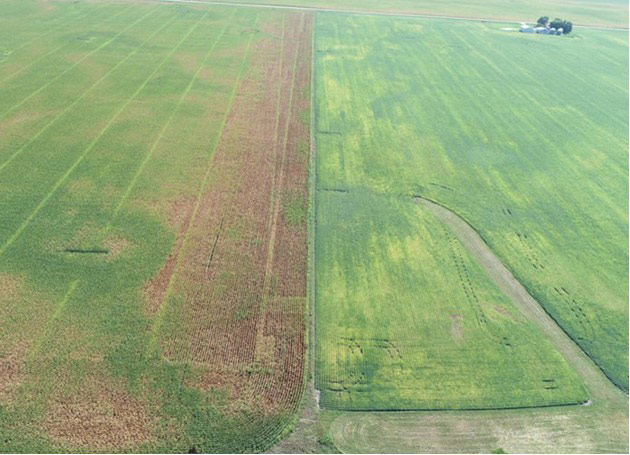 Figure 1. Corn field showing stress symptoms along the western edge of the field, with soybeans in the neighboring field (September 2021). 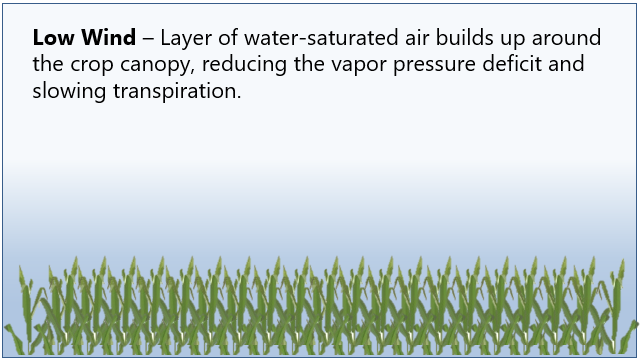 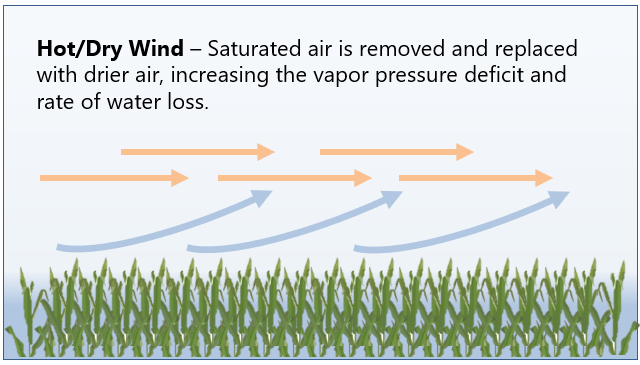 Figure 3. Illustration of the effect of arid wind on the microclimate of the crop canopy. 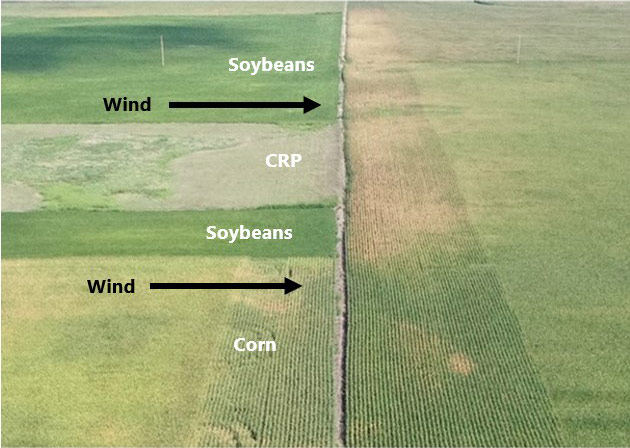 The foregoing is provided for informational use only. Please contact your Pioneer sales professional for information and suggestions specific to your operation. Product performance is variable and depends on many factors such as moisture and heat stress, soil type, management practices and environmental stress as well as disease and pest pressures. Individual results may vary. Pioneer® brand products are provided subject to the terms and conditions of purchase which are part of the labeling and purchase documents.